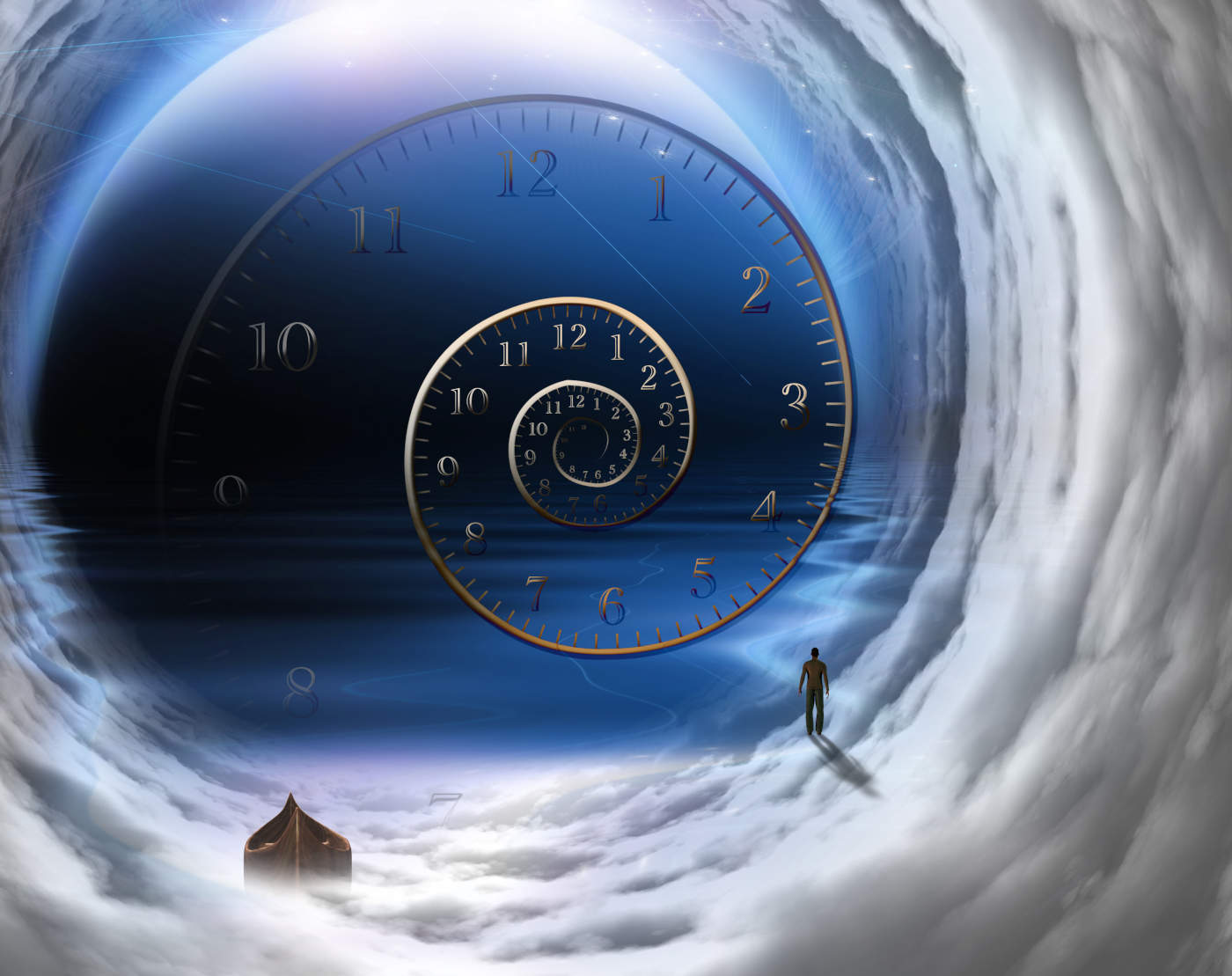 With the recent onset of the Age of Aquarius- traditionally the Messianic era, we are experiencing a psychological and spiritual shift. The collective spirit of the world is seeking to break free from constricting identification with material reality and retrieve what  ancient alchemists referred to as Conjunctio or ‘ The Sacred Marriage’ – the union of Heaven with Earth.

As a practice Psychotherapy and Psychology are both also devoted to a cause, an idea or finding the path. As agents of moral and social justice working within a changing socio-spiritual climate it is essential that as a new generation of practitioners, we are equipped with an understanding of the importance of diversity within our therapeutic relationships. Honouring who or clients have been is just as important and as valuable for the working alliance as is recognition of who our clients are in the present time.

This article is the outcome of an attempt to find a place for the concept of Karma within the general framework of existential humanistic psychotherapy and counselling. This piece then is concerned with the issue of birth, rebirth and relationships from the cosmic perspective of global incarnation. Welcome then to a Theatre of the Divine or if you will, The Drama of Karma. A contemporary production dealing with a higher reality and featuring one of the century’s most celebrated philosophies- Karmic Astrology and depth Psychology.

As an audience many of you will have your own views on what you consider Karma to be and these will have been shaped by your current life experiences, the influential input of significant others, your own present level of self awareness and the learning and wisdom that you have acquired and impressively retained as a result of your spiritual strength rooted in past lives.

Webster’s Dictionary (1992) offers the following definition of Karma: “ The sum of a human being’s action, carried from one life to the next”. This can be both literally and metaphorically speaking.

Edgar Cayce the prophetic visionary and mystic ( 1877-1945) described the fascinating cosmic law as “ The Law of Meeting Self”.   During his lifetime Cayce had made the discovery that every external condition is simply a mirrored reflection of our own personalised interior world. In Psychology we recognise this process as projection where our thoughts about others are really disguised thoughts about ourselves.

In accordance with the universal Cause and Effect inter-relating principles of Karma, there are within each one of us actions and reactions- the space where the energies of these polarities unite represent the centre of our being. Rabbi Berg the renowned Kabbalist, suggests that as intelligent beings forming part of a cosmic pattern, Karma is about the deliberate attention to dissolving the ego through the process of reincarnation. Through incarnation we are offered the opportunity to discharge the cosmic debt with which our souls are weighted down at birth. As long as we remain attached to our ego we must live in a Karmic condition. In fact anything that provides the illusion of security through the acquisition of self-importance at the expense of spiritual wisdom.

In order to transcend the ego, the materialistic side which holds the illusions must be dispelled so that it no longer distracts from the divine responsibility each of us has to overcome individual and collective group Karma. Karma is concerned with cultivating non-attachment to form of any type, since form is ruled by the physical body, which in turn is ruled by the ego. The more we can exercise non-attachment to thoughts and learn the value of not thinking where we ca allow everything that has been to become nothing and that nothing in turn to become everything. Then and only then, can we begin to perceive and correctly estimate the significance of our earthly life in all its Karmic importance.

As soon as relating through non-attachment is achieved an ability to experience the subconscious commences and a genuine non-directive empathy for others emerges. Individuals who have received proper training in developing their imagination often obtain atavistic inspiration which becomes an integrated and instantly accessible part of the psyche enabling them to directly experience the elemental world. The elemental sphere is constantly filled with what is aroused in it by the content of the subconscious mind and what we bring with us through the gate of death on the way to channels of rebirth. Sensitives and other evolved souls have reached the point of perceiving this elemental world, often can see the group soul in all things.

So what are the conditions that have to exist in the world in order for Karma to be brought into existence? Each of us is placed within a certain human life and at the same time directed by a higher divine purpose. During the course of that life we are obliged to enter into pre-destined relationships with other individuals that offer us Karmic adjustments and compensations. This experience nearly always involves a specific set of key players, each equipped with their own special role to play in our cosmic drama. The reunion of one soul with another creates the basis for a psycho-spiritual energy transfer within which each assists the other to achieve spiritual equilibrium and psychic homoeostasis. The particular relationship in any given reincarnation is a learning experience that hopefully brings about correction and altered states of consciousness. Depending on the nature of the personal deficiency that requires healing and attention, our spiritual teachers will appear to us in the guise of parents, partners, children, siblings, lovers, enemies, therapists, clients and friends.

Centuries before Freud was to revolutionise psychology with his theories of psychic determinism and personality, Astrology as an ancient system dating back from 3000 BC, was already involved in the scientific measurement and evolution of psychological patterns of identity, examining consciousness through a sophisticated means of analysis.  The terminology of modern psychiatry and the symbolism of astrological thought are not so far apart. Determinism is a modern concept, “destiny” was how the ancients expressed the same idea. From the astrological view, humankind and celestial bodies are part of an inseparable whole. In astrology the planets remain the principal life forms of our universe, providing us with an interface of our own essential essence. When a particular planet rules at the time of birth, the cosmic influence of that planet provides us not only with valuable information about ourselves but also with significant knowledge about other individuals who in some way or other touch our lives in an important way.

The earth plane is a vast working laboratory in the universe where spiritual forms are symbolised by the planets: Saturn, Uranus, Neptune, Pluto, Sun, Moon, Mercury, Venus, Mars and Jupiter and consistently being revisited by each one of us as we evolve as spiritual entities. The most important challenge for us on our time on earth is to learn to love in all its myriad forms. We achieve this through forming relationships and finding someone with whom we can share our love.

One method by which we can build up a detailed picture of how a particular relationship will challenge us is through comparing our natal chart with that of the other individual in order to determine the precise nature of the relationship and the demands it will be presenting us with in order to achieve further personal development.

Insight and understanding of the four elements: Earth, Air, Fire and Water and their psychic functions is essential for the correct interpretation of a horoscope and for a true judgement of comparative natal charts. The zodiac is formed of twelve Houses, each representing separate psychic impressions. The idea behind this twelve house division is that whatever is contained within them has a significant connection with the psychic function and personality of an individual. There is therefore an unmistakable link between the human psyche and these twelve houses.

It could be said that everything that is found in the psyche is projected. What we see in others and the environment is what we carry in our unconscious self and this is reflected in our actions. It is the projection mechanism that is responsible whenever we find an unexplainable emotional reaction to certain people and events that defy comprehension. An emotional reaction against another person is in effect, a recollection of the contents of the unconscious. The more we struggle with others, the more we are in conflict with ourselves.

From the point of view of Karma this projective mechanism can be invaluable in helping us to identify the individuals against whom we are directing these emotional reactions and to recognise the spiritual significance these people actually represent for us in terms of discharging accumulated Karmic responsibilities towards ourselves.

Much of the mystery of the natal chart and transcendence of Karma is liked to self awareness. One arena in which to obtain this is through the Therapeutic relationship. Remember however that every significant relationship that you will ever engage in was contracted for you, by you. In this life and those to follow, it is not the interpretation of circumstances that is important but rather the understanding of the relationship between these circumstances and their underlying psychological factors.

Pia is in the process of writing a full length book exploring the above subject entitled: ‘The Drama of Karma’ to be released on completion. Please check our Newsletter produced quarterly to keep yourself updated.